The most important climate-change-related effect on wine grapes is the advance in the harvest period. The increase of temperature during the whole growing season, and consequently, the warmer conditions over ripening, lead to the production of unbalanced wines with high alcohol levels, low acidities, a modified varietal aroma and a lack of color. One of the strategies to mitigate these unpleasant effects consists on delaying the berry ripening to cooler conditions. With the aim of delaying the grape ripeness more than two months, the study of a technique consisting on forcing vine regrowth has been studied. This technique consists on cutting the green shoots off, between the second and the third node of each shoot and at different phenological stages (from state G to state K, according to the Baillod and Baggiolini system, 1993); leaves and lateral shoots of the first and second nodes are removed as well. Depending on the phenological stage of vines during the forcing treatment, the fruit ripening was shifted from one month to more than two months, i.e. this practice was effective to shift harvest time from the warm August to the cooler October and November. Forced vines produced smaller berries with lower pH and higher acidity and anthocyanins concentration, compared to non-forced vines. This treatment is an effective technique to restore the anthocyanin-to-sugar ratio decoupled by climate warming. 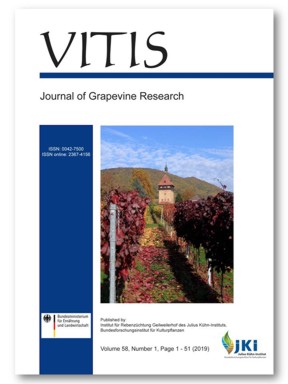