The quality and typicality of wines, strongly depends on the management techniques used for grapevine cultivation. Actually, the increment in the average world temperature due to climate change induces not only bigger irrigation necessities, but also earlier grape-ripening processes, which take place in warmer days and shorter nights. Thus, with the aim of delaying grape ripeness of at least two months, a technique has been proposed based on forcing vine regrowth. This technique consists on forcing vine regrowth from the formed latent buds after cutting the green shoots between the second and the third node; lateral shoots, leaves, and primary clusters are also removed. In this study, a forcing treatment was carried out at three different phenological stages (G, I and J). Depending on the phenological stage of vines during the forcing treatment, we wanted to determine the berry ripening delay and to explore how this mechanical pruning interacts with the hormonal balance to modulate bud growth just before shoot decapitation (Control) and later, within the following 7 and 14 days after cutting the green shoots. Forcing treatments carried out at stages G, I and J succeeded to delay ripening 18, 27 and 45 days respectively, as compared to unforced plants. Vine yield was significantly reduced in all treatments as compared to control plants, resulting in a high level of acidity in berries which might be associated with the loss of flowers, a reduction in the fruit set percentage or a combination of both. Endogenous cytokinin (CK) content in control latent buds decreased during the vine vegetative cycle. Contrarily, abscisic acid (ABA) and Jasmonic acid (JA) increased, while minor changes were found in the concentration of gibberellins (GAs), salicylic acid (SA) and the ethylene precursor 1-aminocyclopropane-1-carboxilic acid (ACC). Moreover, a clear modification of the hormonal balance was found in latent buds 7 and 14 days after forcing regrowth. CK content significantly increased while ABA rapidly decreased after pruning in all treatments. Thus, vine regrowth from the formed latent buds might have been upregulated by CK and promoted by the absence of ABA. 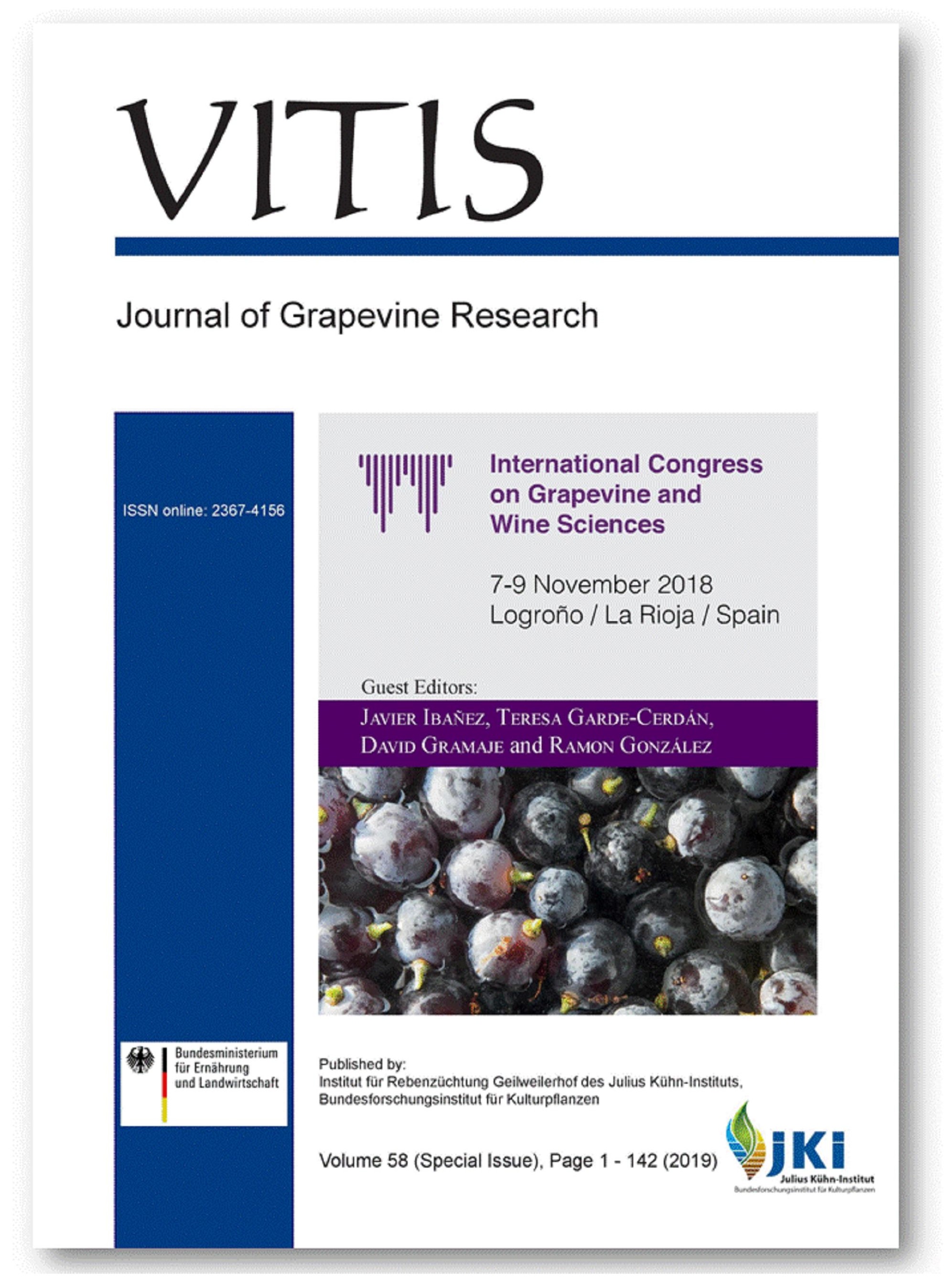